See below for construction updates and a detailed timeline of the lake and other projects. 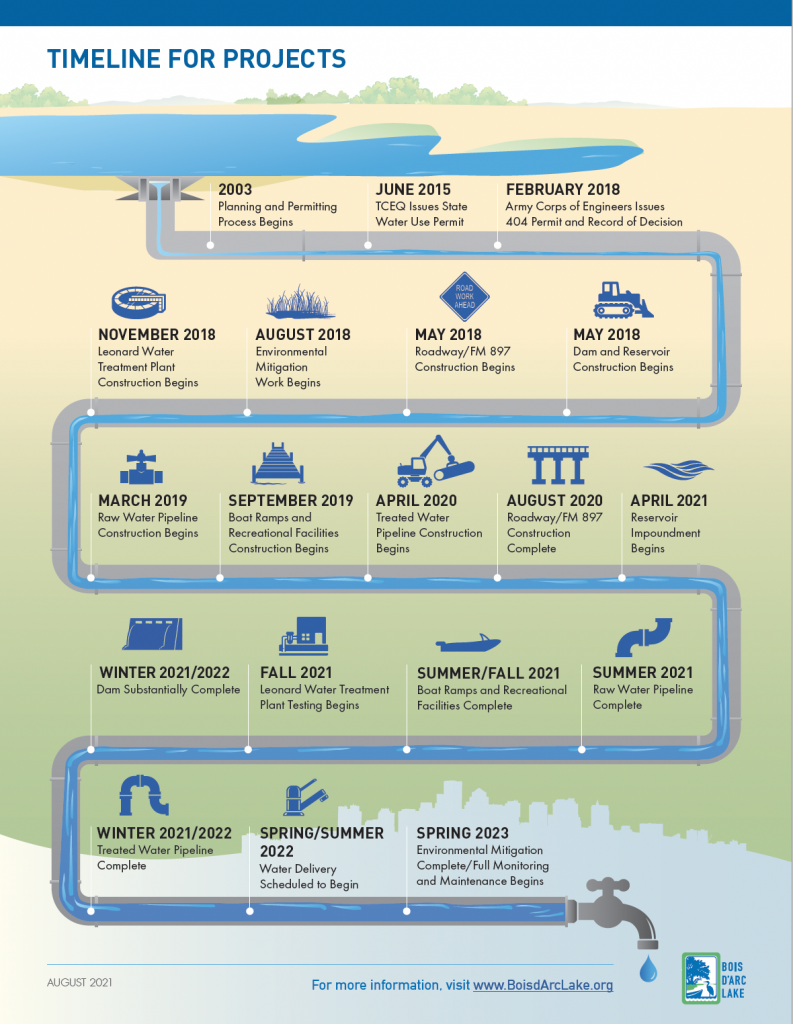 The North Texas Municipal Water District has invested more than $50 million to construct or improve roads in Fannin County. This work included approximately 6.2 miles of new roadway for FM 897 from U.S. 82 to FM 1396, including a 1.3-mile-long bridge over the future Bois d’Arc Lake. Nearly a dozen county roads were temporarily closed while construction crews work to improve them. Some roads in the county, including a portion of FM 1396, have been permanently closed due to their location in the reservoir footprint.

CR 2610: New bridge at a higher elevation and embankment improvements at the Timber Creek crossing.

CR 2610: New bridge at a higher elevation about a half-mile north of CR 2602 intersection.

CR 2625: Shortened the road at the Thomas Branch crossing due to future lake levels.

CR 2750: New bridge at a higher elevation at Allen’s Creek.

CR 2980: New bridge at a higher elevation at the Ward Creek crossing.

CR 2630: Starting approximately 1.25 miles southeast from its intersection with CR 2615 and extending to its current dead end.

Thank you to everyone who attended our treated water pipeline virtual meeting on June 16, 2020. This meeting covered the different phases of pipeline construction, which roads would be impacted by construction and what those nearby could expect to see during construction. You can watch a recording of the meeting below to learn exactly what information was shared.