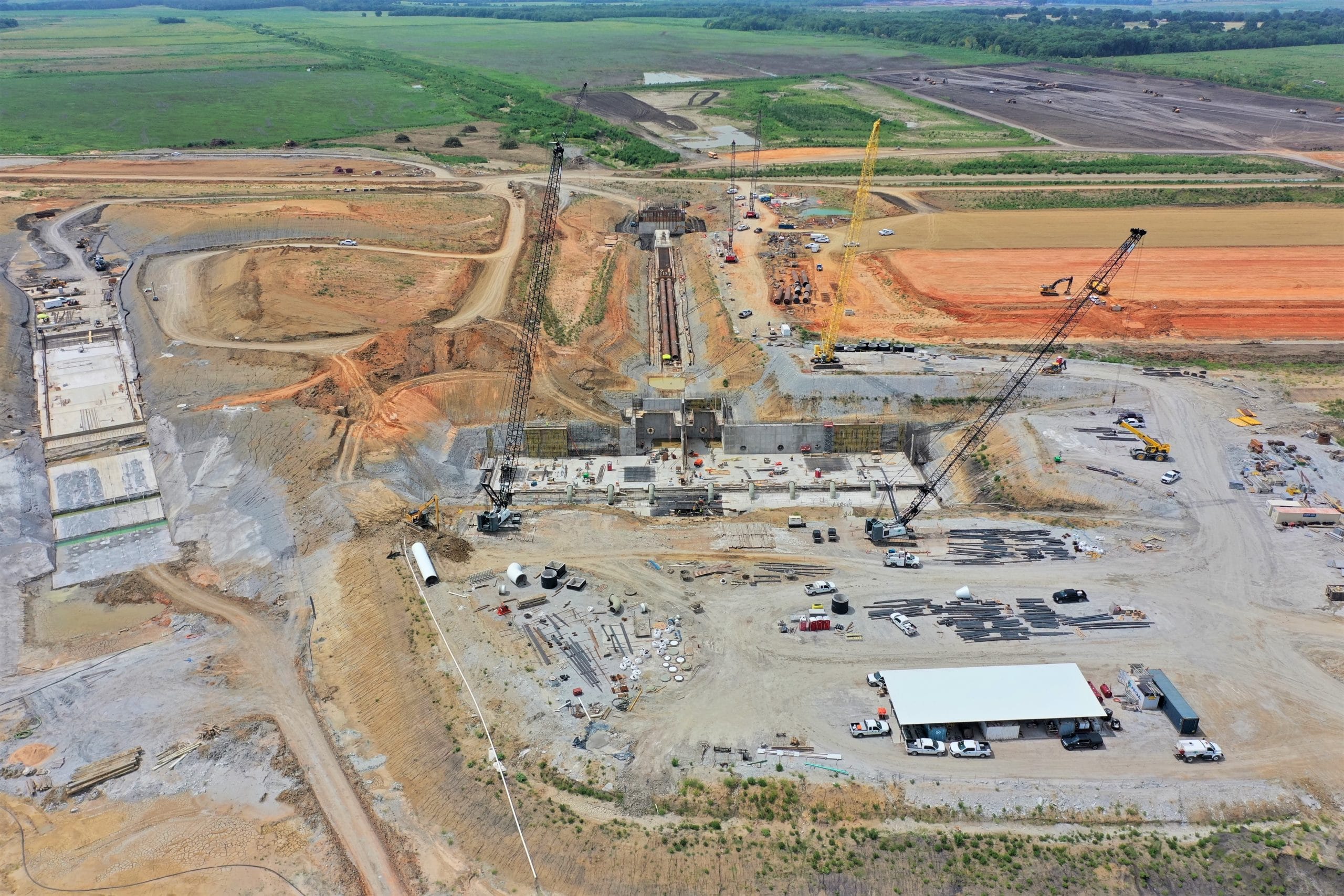 Bois d’Arc Lake, the $1.6 billion reservoir being built by the North Texas Municipal Water District northeast of Dallas, was one of the largest construction projects to break ground in 2018 in a five-state region, as ranked by Engineering News-Record (ENR).

ENR, a weekly publication covering the construction industry worldwide, annually ranks top project starts based on contract value for various regions across the United States. Bois d’Arc Lake ranked No. 5 among projects in Texas, Louisiana, Oklahoma, Arkansas and Mississippi. It is the largest publicly owned project to start in 2018, and one of only two in the region’s Top 10 that aren’t related to the petroleum industry.

“This critical project represents over 15 years of planning and permitting efforts.  We would not be where we are today without the firms involved with the design and construction of Bois d’Arc Lake,” said Tom Kula, Executive Director of the North Texas Municipal Water District (NTMWD). “When completed, this new reservoir will be a much needed water source for the growing communities served by NTMWD, and provide economic and recreational benefits for the citizens of Fannin County,” Kula added.

Bois d’Arc Lake broke ground in May 2018 and is scheduled for completion by March 2022. It will be the first major reservoir to be permitted and built in Texas in nearly 30 years. The 16,641-acre lake, created by a 2-mile-long, 90-foot-tall dam, is expected to start supplying water to the NTMWD service area in 2022 and eventually yield an average 108 million gallons of water per day.

NTMWD serves 1.7 million residents in 10 North Texas counties encompassing more than 2,200 square miles. With the population projected to double over the next 50 years, a new long-term supply of clean drinking water is needed to operate alongside the district’s smart water management and conservation efforts.

The Bois d’Arc Lake project and several related components are a massive undertaking, with design and construction taking place concurrently on multiple projects:

NTMWD hired Freese and Nichols, Inc., a professional engineering and consulting firm headquartered in Fort Worth, to assist with program management for the project’s design and construction. Freese and Nichols also is the engineer for several components: the dam, raw water pump station, a section of the raw water pipeline, terminal storage reservoir and high service pump station.