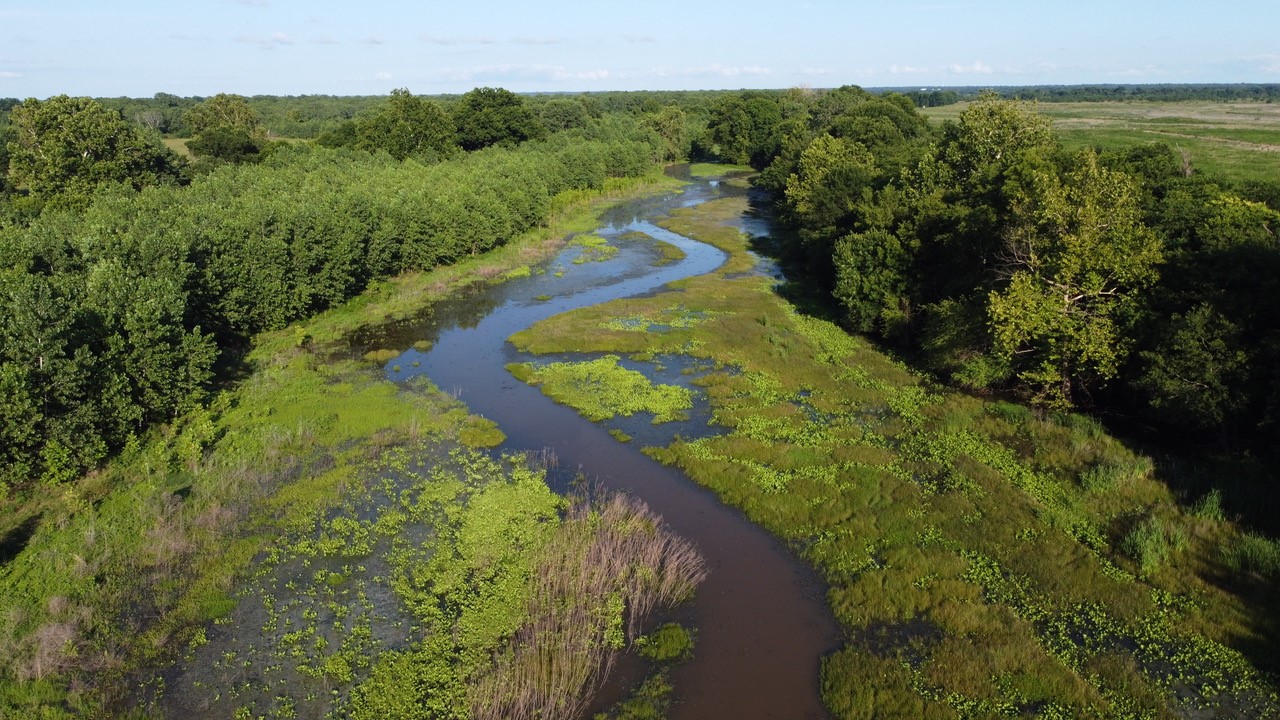 North Texas Municipal Water District (NTMWD), in collaboration with Resource Environmental Solutions (RES), is celebrating the completion of one of the largest environmental restoration projects of its kind in the U.S. After four years of dedicated efforts, North Texas is now home to a new and growing forest of 6.3 million trees, thousands of acres of enhanced wetlands and grasslands and 70 miles of improved streams. This thriving, renewed ecosystem was completed as part of the Bois d’Arc Lake project, the first major reservoir built in Texas in 30 years.

NTMWD provides drinking water to more than 2 million people, and the new lake is necessary to meet needs for one of the fastest growing regions in the country. The lake is currently filling with water delivery scheduled for Spring 2023. In addition to providing this critical water supply, the lake will offer recreation and economic benefits.

The environmental improvements help offset, or mitigate, the loss of local natural habitat associated with construction of Bois d’Arc Lake. They cover approximately 17,000 acres and will have a legacy that extends for generations to come. NTMWD purchased the Upper Bois d’Arc Creek Mitigation Site and approximately 15,000 acres located along the Red River north of Monkstown, Texas, formerly known as Riverby Ranch. The U.S. Army Corps of Engineers Permit requires the size of mitigated areas to be similar to those inundated by a reservoir. Bois d’Arc Lake has a surface area of 16,641 acres.

NTMWD’s goal was to go beyond meeting the regulatory permit requirements: The District chose to restore the land to its pre-agricultural condition. The Riverby area was entirely forested before it was converted to a working cattle ranch. The four-year mitigation efforts included planting 6.3 million trees, restoring and enhancing over 8,500 acres of wetlands, restoring 70 miles of existing streams, including sections of Willow Branch Creek, and planting approximately 3,200 acres of native grassland. This is the final year of active planting and restoration activities.

Trees function as the pillar of thriving North Texas ecosystems. Earlier this year, the last several million native saplings were planted at the ranch and neighboring Upper Bois d’Arc Lake Mitigation Area. The trees were added in one to two million increments over the previous four years, with crews filling in areas as needed to establish resilient, mature forests. To better support streambanks, crews also planted live stakes, which are branches cut from black willows, cottonwoods and sycamores that grow into new trees.

Less erosion in the lake’s watershed and waterways will decrease sedimentation and nutrient loads into Bois d’Arc Creek, the Red River and surrounding topography and improve the lake’s overall water quality.

More than a million more trees were planted than originally planned, due to the need for categorizing and replanting some habitat areas.

“It takes time to learn which habitats work best in each area,” said RES Project Ecologist Brandon Hall. “We came up with a plan, but our job is to work with what nature wants to do. There were some areas that we labeled in the plan as grasslands, but they ended up being better restored as forest, and vice versa. So we replanted more trees accordingly.”

“The main lesson we learned was to work with and not against nature,” agreed Daniel Kampfer, RES Project Superintendent for the mitigation process. “Now we will take everything we’ve learned here—the successes as well as the setbacks—and work even more effectively and efficiently on the next large-scale restoration project.”

The restoration team initially sectioned the restoration areas into 300 larger habitat sections, with trees selected for planting in some of these areas. Ultimately, over 670 habitat areas were identified and individually restored. The result of these careful designations and restoration of trees, rivers and other habitats is a highly resilient landscape that supports a diverse set of inhabitants, including pollinators, predators and birds of prey.

According to Jim Bednarz, Senior Lecturer at the University of North Texas, the first signs of successful restoration is a diverse community of birds and animals, especially those at the top of the food chain—the predators.

“Our preliminary data has already shown a huge number of birds of prey,” Bednarz said. Master’s degree students from the university have been onsite analyzing avian life and identified over a hundred bird species, including many that are threatened or protected in the state of Texas. RES highlighted this important research project which is available to watch online.

Now that active restoration efforts are concluding, NTMWD and RES will transition to monitoring and maintenance for decades to ensure that the entire site continues to thrive. While all the new habitats must be monitored, “a lot of our ongoing efforts will be forestry, to develop those saplings and live stakes into the tree stands,” Stahman said. Teams will track the number of stands and types of trees per acre, including those that didn’t make it. Watch this video produced by RES for a stunning overview of the project and its transition to maintenance.

“Think of it like a garden,” Hall explained. “The construction phase of a garden includes planting and tilling, but then it requires weeding and possibly planting a trellis and so forth to maintain. Our work is similar, just on a much larger, 17,000-acre scale.”