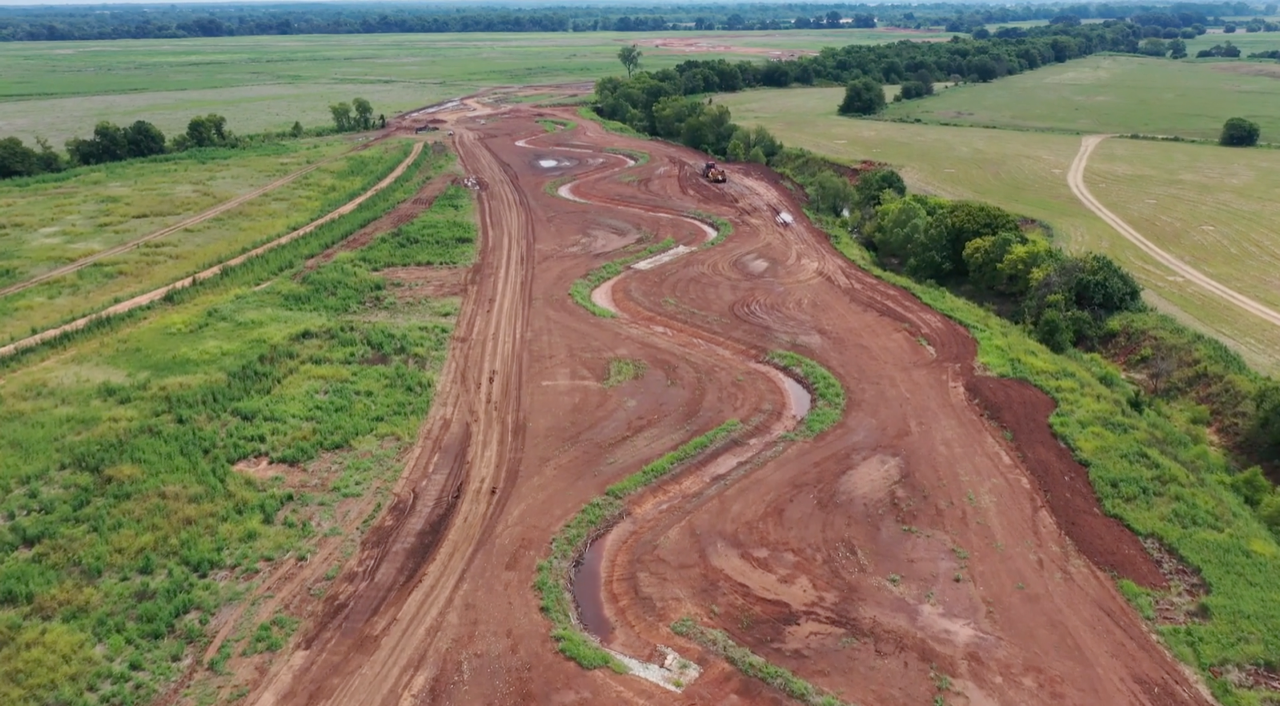 One of the Nation’s Largest River Restoration Projects Completed

A stream is reborn as part of the Bois d'Arc Lake project in North Texas.

One of largest environmental efforts in the country has just rebirthed a Texas stream. This summer, the North Texas Municipal Water District (NTMWD) orchestrated improvements to the Willow Branch Creek, which sits at the heart of 17,000 acres being restored as part of its Bois d’Arc Lake construction project. Bois d’Arc is the first major reservoir to be built in Texas in about 30 years.

NTMWD and its contractor Resource Environmental Solution (RES) restored and enhanced approximately 17 miles of the creek and tributaries by restoring them to their natural, meandering path. This concludes a key piece of the project’s massive environmental restoration, which includes planting over 5 million trees, restoring/enhancing over 8,500 acres of wetlands, enhancing/restoring 70 miles of existing streams and planting approximately 3,200 acres of native grasslands.

Bois d’Arc Lake will provide an invaluable water source for millions of North Texans as well as recreational and environmental benefits (stimulating Fannin County’s economy by $166 million every year after its completion). The lake will also cover twenty-six square miles of local natural habitat. To help offset, or mitigate, the loss of habitat, NTMWD purchased thousands of acres including the Riverby Ranch, an approximately 15,000-acre ranch located north of the new reservoir site. Willow Branch Creek travels through the ranch. RES, a national expert in environmental restoration, was hired to return these acres to a restored, natural pre-agricultural condition.

None of this other restoration would be successful, though, without restoring Willow Branch Creek. The creek, which flows into the Red River, transports two-thirds of all water that falls within the ranch’s watershed. It is the heartbeat of the of the local ecosystem.

“Everything comes back to water,” explains Project Manager Matt Stahman with RES. “All of the habitats we’re restoring—thousands of acres of grasslands, wetlands and woods—all of it is driven by water. If we can slow down the water across the landscape and let it soak into the ground, the better chance that the other habitats we restore [including trees and grasslands] will succeed. Previously, a lot of the streams had been straightened for drainage. One of the major things we do is restore these streams to their natural wavy, winding configuration,” Stahman explained.

Repairing a creek’s bends, however, requires a lot of careful planning. For Willow Branch, designers with Bois d’Arc Lake’s Program Manager Freese and Nichols and RES had to identify where the creek ran before it was channelized and decide how to block off or fill the old channel. They also had to identify how the river’s profile should look (the shape of it from the side)—“It’s not just a ‘u’ shape,” Stahman shared. Finally, they had to figure out how to stabilize its banks so the newly created bends won’t erode with heavy rain. Six months into design, actual reconstruction began upstream. At this point, the design team began to work collaboratively with construction crews to adjust designs based on what was or wasn’t working well onsite.

“The size of the project allowed for this unique opportunity,” Stahman shared. “We could use the construction on one part to inform the design on others. The level of engineering that went into this blows my mind.” 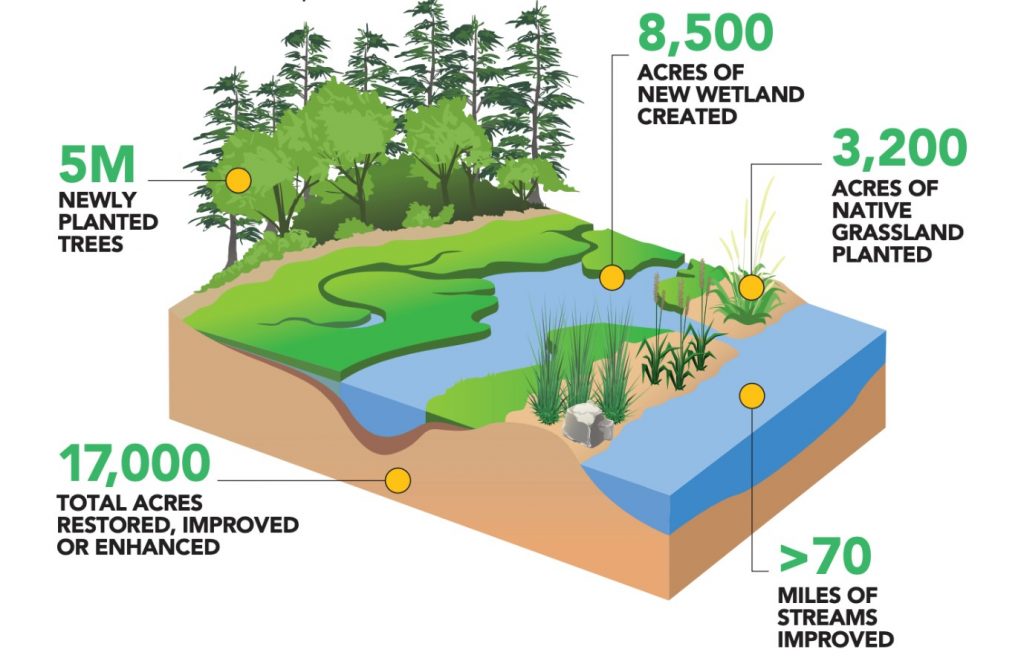 As they made its new bends, RES crews reworked up to 15 different layers of the creek’s soil. They cut native grass and formed it into square hay bales, placing the bales along with tree trunks and sometimes rock in strategic locations that would help the restored creek hold its shape. All the materials for this process came from onsite in a full recycling process. Meanwhile, other workers layered anti-erosion matting on the banks, sowed them with specifically-bred native grass seed and planted live stakes (local tree cuttings that will grow into full trees) 100 feet on either side of the stream. This work was aimed at helping vegetation grow back quickly along the new creek corridor to keep heavy rains from eroding soil into the stream.

Two years after work began, about 90% of stream improvements are complete, and work on the entire mitigation project is running nearly a year ahead of schedule. At the end of 2020, teams had restored approximately six miles of the main Willow Branch channel and 11 miles of Willow Branch Creek tributaries.

The result of this massive effort? “According to everything we’ve seen so far, the results are very, very promising,” Stahman said.

The new and improved Willow Branch Creek will enhance the quality water in the Red River—benefitting the entire watershed. It will also hold rain in the local water table longer to nourish the new wetlands, trees, bushes and grassland. These benefits should continue for the foreseeable future after the plants are established. In the meantime, RES will continue to monitor the site regularly.

In addition to RES, a number of local residents have also been hired to work on the project and the team has worked closely with officials in Fannin County, the local jurisdiction.

NTMWD expects to provide treated water from Bois d’Arc Lake in the Spring of 2022. Once construction work on the environmental mitigation is complete, RES will maintain, measure and monitor the results until it meets NTMWD’s permit requirements, which could take 15 years or longer.

It may be Spring now, but our April News Stream looks back to the historic winter storm and our #EssentialHeroes who faced it with courage and dedication. We've also got our photo contest winner and great news about our monthly #boisdarclake progress video from #texaswater2021. Read all about it - bit.ly/3ujpU4v. ... See MoreSee Less